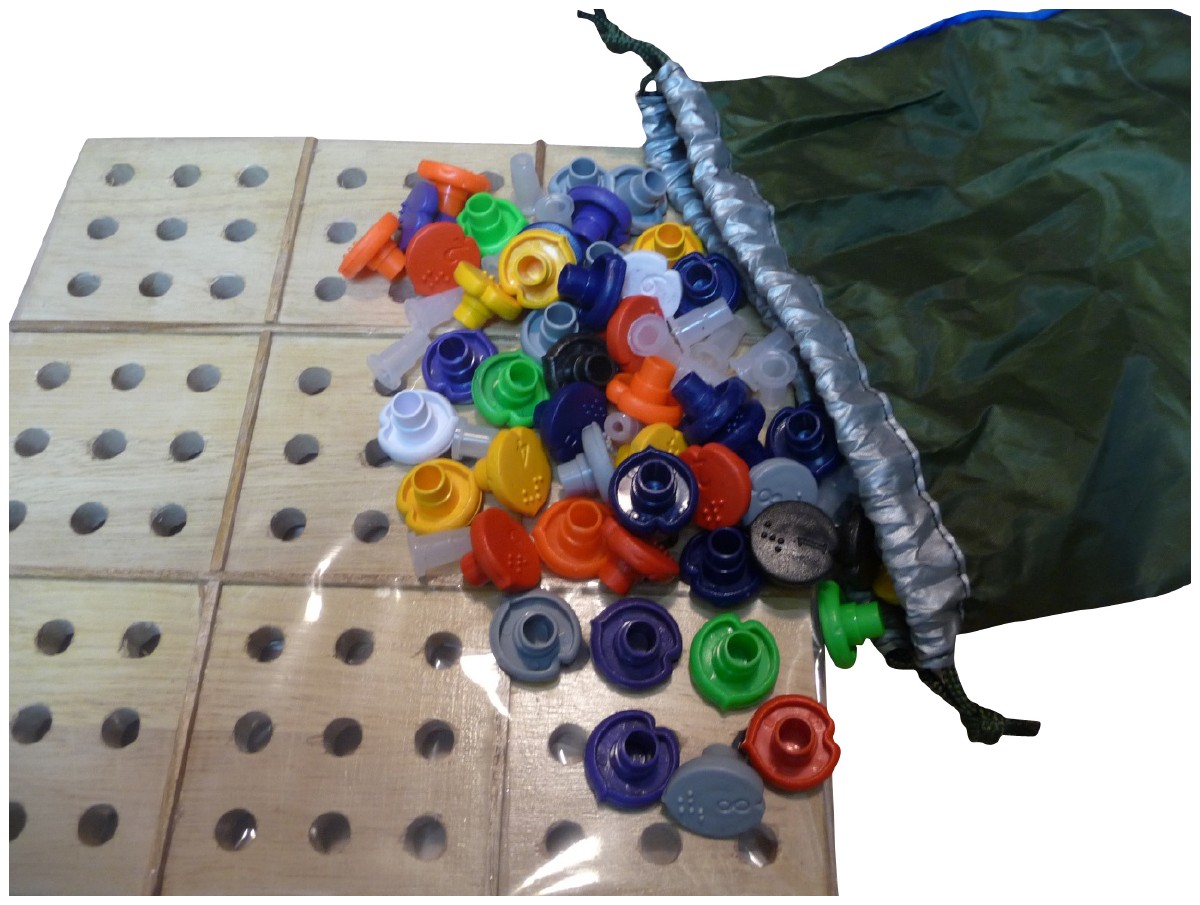 Temporarily out of stock. Usually ships in Late November.

SUDOKU ... Just the mention of this word excites millions of puzzle-solving fans around the globe. First introduced in 1986 and popularized by a Japanese company in 2005, Sudoku is a game of numerical strategy, consisting of a 9X9 grid, divided up into nine individual squares measuring 3X3. The idea is to take a printed Sudoku puzzle (which has some numbers filled in and other squares left blank), and solve it in such a way that each column and each row contains the digits 1 through 9 only once. In addition, there can be no duplicate numbers in each of the nine individual 3X3 squares.

This has all been well and dandy - until blind players have tried to play the game or solve a puzzle. But accomplishing the task of doing a Sudoku puzzle in Braille has been challenging to say the least, because there's never been an easy way for blind players to write in a number on their puzzle, then erase it and move it somewhere else when needed. But now, at long last, that puzzle is solved!

Discover the world's first portable, fully accessible Sudoku puzzle set for blind players! It's a straightforward concept, yet a revolutionary one at the same time. With our brailled Sudoku set, you'll receive a quality wooden playing board that's about ten inches square and half an inch thick. The board has holes for all eighty-one numbers, divided up into the required nine 3X3 separate squares with indented dividers. Also included is a drawstring bag containing oodles of braille numbers with a peg at the bottom. That's right, to set up a new Sudoku puzzle, or fill in numbers as you work on it, all you do is insert the appropriate braille number into the desired hole in your wooden playing grid. The number pegs fit snuggly into the holes in the board, but aren't difficult to pull out to move somewhere else. Each braille number peg is marked with a raised line at the top and an indent at the bottom to help you quickly orient it and insert it into the board so all the braille numbers can be read straight up-and-down.

Okay, you're thinking, that all sounds pretty good. But how do you tell the difference between a number that was presented in the original puzzle you've copied onto the board, and a number you've filled in yourself? Aha, we've solved that one, too! The braille number pegs are specially designed to hold two positions. As you're setting up a puzzle from the book, firmly press each number into the board. Then, as you try numbers, just place them lightly into the appropriate hole. These numbers stand up a little higher than the other numbers presented in the original puzzle, and also make these pegs feel a little looser to the touch, to help you remember those could just be temporary numbers. When finished, simply press the correct number pegs down to lock them in place.

Small enough to easily tuck into a backpack; just the right size to place on a tray table while on a train or plane, and large enough to allow you to solve an entire Sudoku puzzle on your own ... That's our brand-new Braille Sudoku Puzzle Set! Take the board and pieces with you (along with a brailled book of Sudoku puzzles to copy a new puzzle out of) and you can solve a puzzle anywhere, anytime, and at your own pace.

To begin the game, place the board on the table in front of you. You will notice that the Sudoku board is divided into nine grids, each containing nine holes. These nine different grids can be identified by the raised wooden lines on the top of the playing board.

Select a puzzle in your Sudoku Puzzles book that you would like to solve. Each puzzle will have some numbers already filled in. Place the corresponding number tiles in these holes on the board. Do not use a plastic marker.

Now that the puzzle is recreated on the board, it's time to solve it. Simply put, you must fill in the holes that have a blank. To start, place a marker on the bottom of the tiles you want to try. The marker will remind you that these tiles are only place markers. This will help you if you have several number possibilities in your puzzle, and are not sure yet which number it should be. When you are sure, remove the marker below the tile so it sits snugly in the board.

Ultimately, what you need to do is fill the empty holes with number tiles so each row, each column, and each grid contains the numbers 1 to 9. No two numbers may repeat themselves in any row or column. All the squares must be filled in. When every square has a tile without a marker below it with no repeat numbers, you have solved the puzzle.

(From the Brain Teasers shelf.) 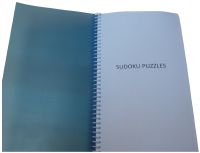 Lost Marble
Try to Roll the Marble out of the Hidden Maze
Item Number: 1174
$4.95
Tell Me More