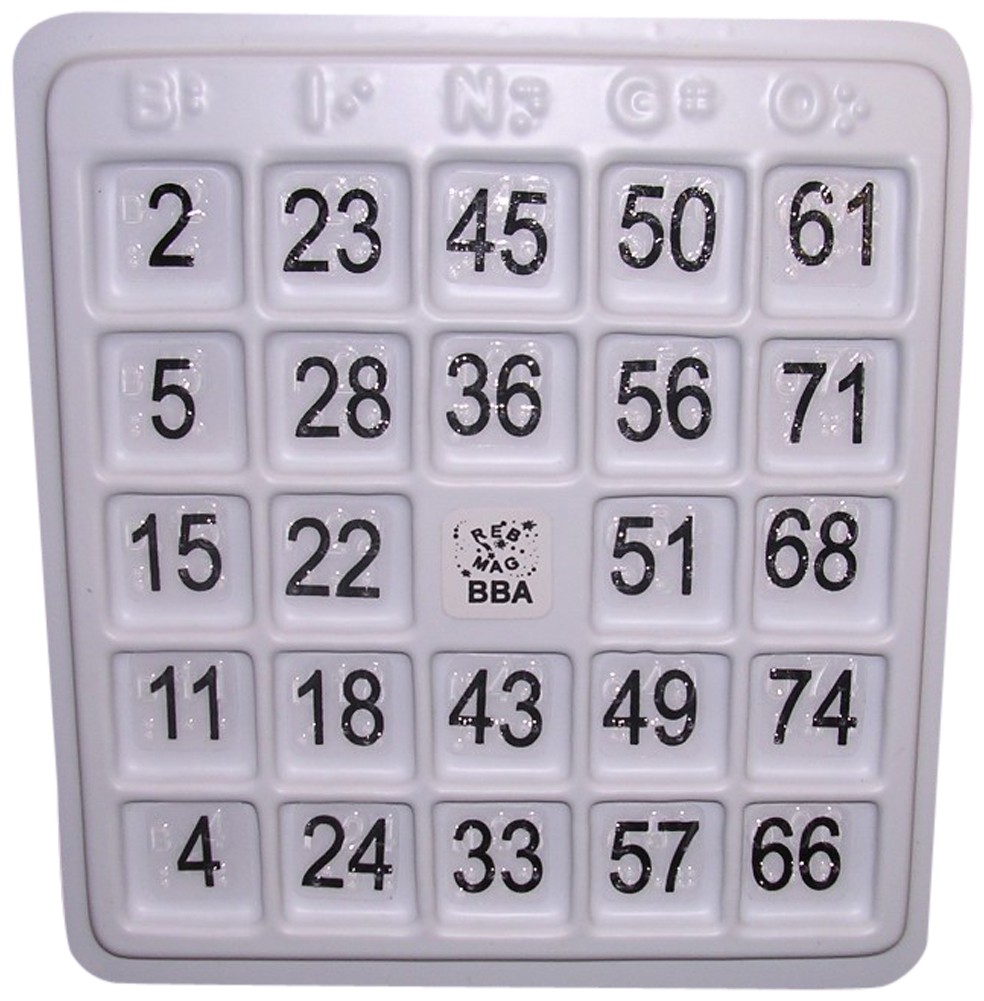 Item Number: 1141-1
Here is just one board to get you started. Perfect for games where only one player is blind.
Quantity:

Item Number: 1141-4
Provides you with a whopping twenty-five Braille Bingo Boards; and no two are alike as far as number sequencing is concerned.
Quantity:

Include Braille Rules on How to Play Bingo for $5.00?
Continue Shopping
Provides you with a whopping twenty-five Braille Bingo Boards; and no two are alike as far as number sequencing is concerned.

This classic game has been played in Bingo halls for decades, and now blind and low-vision individuals can play right alongside their friends.

Here is a sturdy, plastic Bingo card, complete with bold, raised print and raised Braille dots. At the top of the board, you'll find the letters B I N G O printed and Brailled above each row, so it's easy to find the correct one. Then, just run your finger down the column to see if you have the number that was called. If you do, simply put one of the included plastic markers in the indented square, and wait until you have a line. It's just like a regular Bingo card, you see, only better. The large, raised print is over half an inch tall, perfect for low-vision players, and blind folks will enjoy the sharp, clear Braille. If you were looking for an easy family or party game, BINGO! You just found it.

How to Play Bingo

Bingo was made popular by a traveling salesman who adapted it from a game he saw at a carnival in 1929. The game was called "Beano" and was played by covering the numbers on a card with beans.

The goal in Bingo is to fill a vertical, horizontal, or diagonal line on a gridded card by matching combinations of letters and numbers. It's a great old-fashioned parlor game that the whole family can play!

Getting Started. First, name one person in your group to be the caller. The caller takes a bag filled with numbers from 1 through 75, such as our set of Print-Braille Bingo Call Numbers.

Next, each player receives a specially-prepared Bingo card. Each card has 25 numbers on it, ranging from 1 to 75 in 5 columns. Each column is labeled with one of the letters in the word BINGO.

Finally, place a marker in the center Bingo square. This is considered a free space. Our Print-Braille Bingo Playing Boards come with plastic markers you can use to mark squares, but if you have misplaced them, you already have fun markers around the house. Just give the kids pennies, chocolate chips, gumdrops or nuts to cover the squares as the numbers are called.

Playing the game. One at a time, the caller will draw a number from the bag, and call it out. "B10!" Look in your B column of numbers, to see if you have the number 10. If you do, place a marker on that square. Continue to listen to the numbers being called, and mark any squares that match.

Continue playing until one player has covered a vertical, horizontal, or diagonal line of five grid spaces on their card.

As soon as you have marked five consecutive squares on your card, call out "Bingo!" The first player to get Bingo wins the game.

You can make it extra fun by having a few small prizes available to reward the winners. 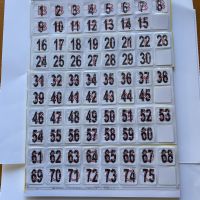 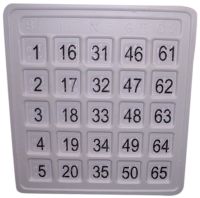 Bingo Call Board (Brailled)
Plastic Board to Hold Numbers After They're Called
Item Number: 1143
$13.95
Tell Me More