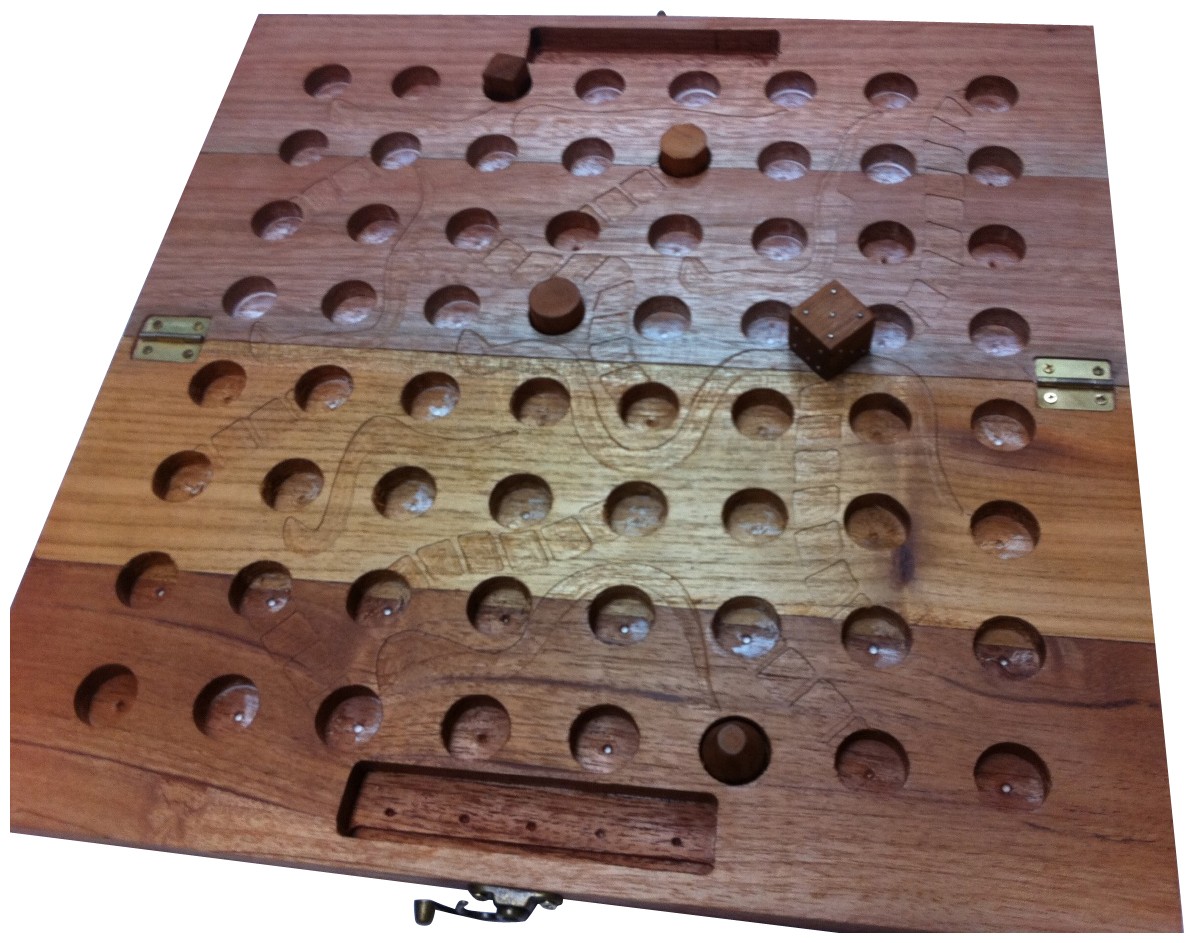 Now this is the way Snakes and Ladders was meant to be played! Our version starts out with a solid wood board, measuring a full fifteen inches square. The game incorporates an ingenious folding design, which provides a built-in lid and ultimate portability. The hand-carved, all-wood playing pieces fit snugly into the matching board. And a set of wooden, tactile dice are always included to round out the set!

Snakes and Ladders has never been more fun to play, for blind and sighted kids and parents alike! First, the board itself is stunning, with etched tactile relief for each hole, ladders with steps that can actually be felt, and snakes that even young players can easily follow with their fingers as they curve down towards the bottom of the board. The wooden playing pieces themselves are all different shapes (a square, a circle, an octagon, and a cone) so everyone will know which man is theirs. Each piece measures three-quarters of an inch in diameter and the same in height, so little fingers have no trouble moving them along to the next hole. If you happen to land in a circle with a ladder above it, you get to "climb" up to the spot it finishes at. Of course, if you come to rest in a circle that begins a long, deadly snake, you "fall" down a few spots.

After seeing some other so-called adapted Snakes and Ladders games out there, we've taken great care to insure everyone can play this marvelous game. That's why the 8-by-8 board is well over a foot square, giving an inch and a half between men if they're side by side. This also gives us plenty of room to carve out the snakes and ladders with intricate detail, so there's no confusion where they start and end. This game is attractive, durable, and portable. Perhaps best of all, however, it's guaranteed fun - for every one!

How to Play Snakes and Ladders

Snakes and Ladders is a great favorite among young children. It is based on an ancient Hindu game, and as such has been played for centuries across the globe.

First, each player chooses a piece and places it next to (but not on) the starting square (Number 1). Players take turns throwing the die, seeking a roll of 6 so they can begin the game.

Each player must throw a six before he can start. Once he throws a six, he throws again and moves the number of squares shown on his second throw. This is the only time a player can throw the die twice on his turn.

If a piece lands on a square at the bottom of a ladder, the player moves her counter to the top of the ladder and continues her next turn from there.

If a piece lands on a square at the head of a snake, the player moves her piece to the tail of the snake and continues her next turn from there.

If you land on a square already occupied by another player's counter, you must move back to the square 1 (START) but you do not need to throw a six again. This rule only applies to your final resting square each turn - you can jump over other counters on the way through.

To finish the game, you must land exactly on the square 100 (END). For example, if you are on square 97 and throw a five, you move 3 squares to 100, then back two squares to 98. (You would need to throw a two next time to finish.) Snakes and Ladders boards often have the head of a snake on square 96, 97 or 98 to make it harder to finish. 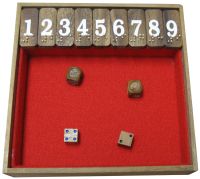