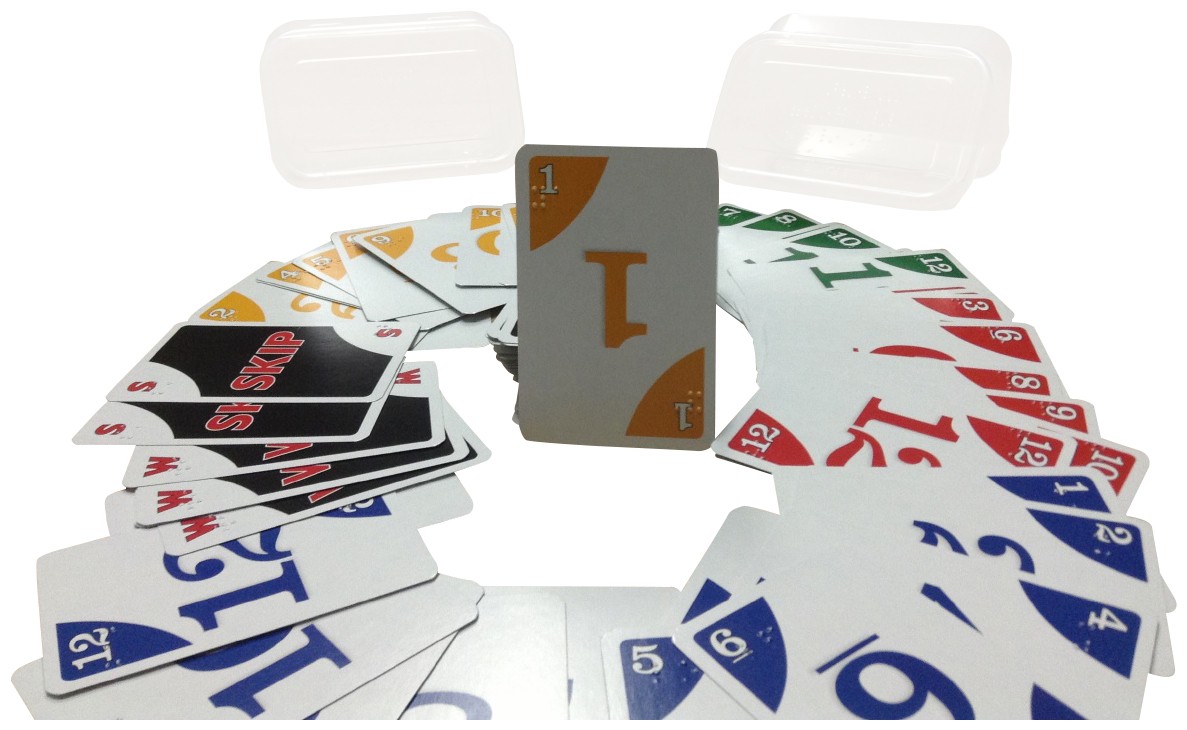 Phase 10 may very well be the most versatile card game you've ever come across. Anyone can learn to play, from young kids to elderly grandfathers, and everyone will enjoy it. The concept is simple, but the intertainment value is endless!

Briefly, in order to win, you must make ten different pairs of cards. At the beginning of every phase, each player is dealt ten cards. Then, players race to complete the phase - making runs, sets, or combinations of the two. As soon as a player lays down all ten of his cards, the phase is over. Players left with cards in their hand are penalized with points - and those unfortunate enough not to have laid down any cards must repeat the phase. But that is hardly the end of the story. You see, the phases get more and more complicated, often giving players who were lagging behind a chance to catch up - and make a surprise come-from-behind win. The varrying requirements of each phase, coupled with the Wild and Skip cards, add a level of unpredictibility to each and every hand. A game of Phase Ten is never over until the final phase is done.

This deck includes 108 high-quality, brand-name cards by Mattel, packed in a hard plastic case for safe-keeping. Each print card has its color and number marked in Braille on two corners, so blind and sighted players alike can play this great game together. Have the kids play together on a rainy afternoon, or during a picnic at the park. Planning a long car trip, or a family gathering? Try getting everyone involved in a fast-paced game of cards. Young and old really do enjoy this game, and no one is ever left out. Taught in sixty seconds and played for years to come, Phase 10 is truly a classic card game no one should be without!

How to Play Phase 10

The object of the game is to be the first player to complete all 10 Phases. In case of a tie, the player with the lowest score is the winner.

The Play. One player is chosen to be the dealer, who shuffles the deck and deals out a hand of 10 cards, one at a time and face down, to each player. Players hold their 10 cards in hand, so that other players cannot see them. The remaining deck is placed face down in the center of the play area, to become the draw pile. The top card of the draw pile is turned over and placed next to the draw pile, to become the discard pile.

Play of the first hand begins, with each player trying to complete the first Phase of the 10 Phases. Each player can make only one Phase during the play of a hand. Phases are made of sets, runs, cards all of one color, or a combination of sets and runs.

Sets. A set is made of two or more cards with the same number showing on their face.

--Runs. A run is made of four or more cards numbered in order.

--All One Color. The cards are all the same color.

Example. Phase 8 requires 7 cards of one color, which could be 7 red cards or 7 green cards, etc.

Making a Phase. If, during the turn, the player makes a Phase with the cards in hand, the player may lay it down, face up on the table. For example, the player is trying to make Phase 1 and has 3 "5's" and 2 "7's", and draws another "7". The player now has 2 sets of 3 and may lay then down. NOTE: A player may never lay down part of a Phase, but must have the whole Phase in hand before laying it down.

A player may lay down more than the minimum requirements of a Phase, but only if the additional cards can be directly added to the cards already in the Phase.

Only one Phase can be made per hand. If a player successfully makes a Phase in a hand, then the player must try to make the next Phase in a hand. If a player fails to make a Phase in a hand, the player must try to make the same Phase again in the next hand. Thus, some players, in the next hand, may no longer be working on the same Phase as other players. A player may never make a Phase out of order. For example, a player trying to make Phase 4 (1 run of 7) lays down a run of 9 cards. This qualifies as 1 run of 7 for Phase 4, but cannot be used as credit for either Phase 5 (1 run of 8) or Phase 6 (1 run of 9).

A player receives credit for making a Phase as soon as the player lays down that Phase. The player does not need to win the hand in order to receive credit for the Phase. Several players will often complete a Phase in the same hand.

Hitting. Hitting is the way to get rid of leftover cards in the hand after making a Phase. A player makes a hit by laying down a card directly on a Phase already laid down. The card must properly fit in with the cards already down.

Going Out. The player who gets rid of the last card in hand, by discarding or hitting, is said to go out. This player wins the hand. The winner of the hand, and any other players who also complete their Phase, will advance to the next Phase for the next hand.

Scoring. A running total for each player is kept. The winner of the hand scores zero. All remaining players score points against them, for cards still in hand, as follows:

Only cards in hand are scored, not cards already laid down.

After the scores are recorded, the player to the left of the dealer becomes the new dealer. All cards are gathered and shuffled, and a new hand is dealt.

The Winner. When, at the end of a hand, a player has completed Phase 10, that player is declared the winner. If two or more players complete Phase 10 in the same hand, then the player with the fewest total points is the winner. In the event of a tie, the players that tied replay Phase number 10. The first one to go out is the winner. 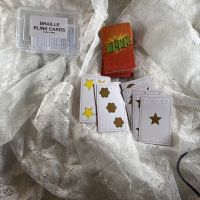 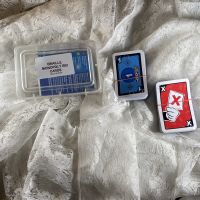